The miniature tropical garden that spreads out before the porch of our honeymoon bungalow is infested with beetles. Big, skittering scarabs wait until sundown to rustle and clack out of the half-grown palm leaves in one-bug hordes. They collide in mid-air, bearing each other to the ground with the wight of their brief copulation.

After dusk, the bats come out, but we can never catch more than a suggestion of their multitudes – their shadows dip and barrel roll and flap in their two-dimensional barnstorming across the pools of tiki light and along the stone paths. 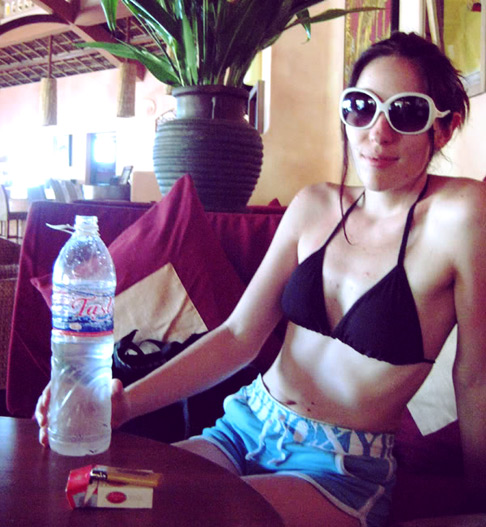 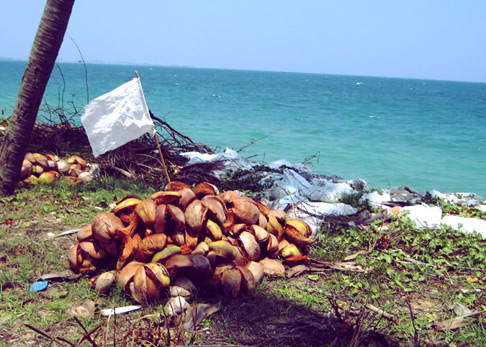 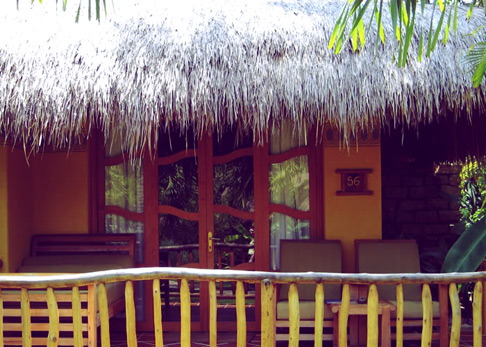 And day or night, we find our resident geckos (Echo and Gulliver, we call them, but can’t tell which is which unless they’re right next to each other) scrabbling up the bathroom walls. Two days ago, while reading under the mosquito net, we heard a faint trembling of paper, and looked to find them both hiding in an open bag of Mint Milanos. (Look close, now:) 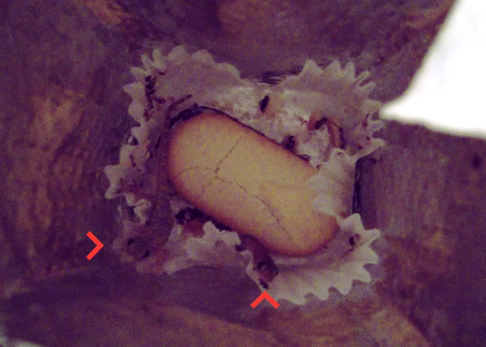 It’s good to be back in a place where nature pokes its head out from time to time. The only wildlife in Beijing is the occasional mosquito, and I wonder if letting those hamsters loose a few years ago was such a fabulous idea.

We came here by way of Saigon and Yangshuo, near Guilin. It couldn’t have been more typical. Kyle and I took a lazy trip down the Li River on a bamboo raft, poled by a dark-skinned freelancing gondolier. He said he was freelance, anyway, but nothing in China is ever that simple where the exchanging of money for services is concerned.

Oh yes, and I’m determined to finally begin to fill my life with the requisite collection of travel bric-a-brac. Walking back from Singh Cafe, I explained to Kyle how much it irks me that I don’t have a single souvenir, or remnant from Thailand or SiPing or nay of the other places that I’ve been. Nothing. I was so determined not to accumulate clutter, to be a non-tourist and a cultural ghost, and I didn’t and I was. Maybe it’s nesting-instinct biology, but some day I want a house full of things that will each remind me of a story, things I can point to say “Oh, that’, I got that in the jungle of Tasmania, when I was hunting for python antlers.” 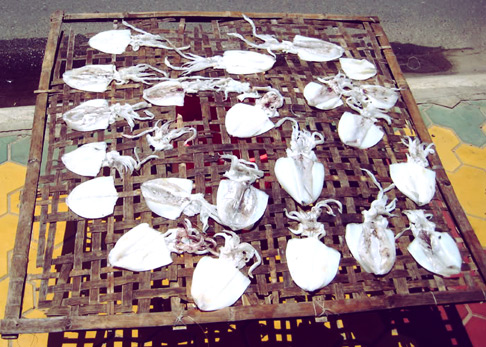 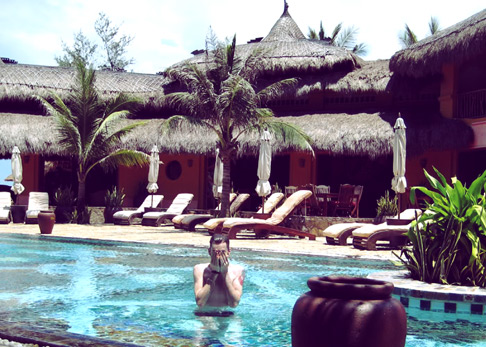 Things that will bore the neighborhood kids to death, until they’re 30, when those same kids will cry picturesque tears over the python antler I leave them in my will. Yuzz sir, I’ve got it all figured out. 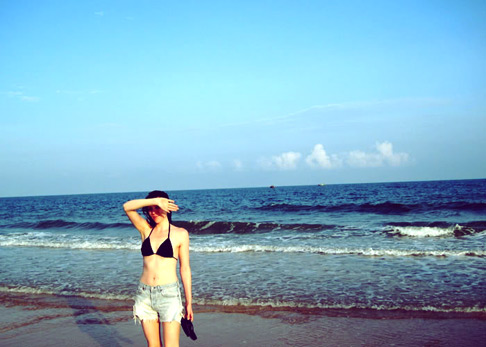