Dragon Boat Weekend in Gray Shanghai: Girl Talk and a lot About Trains

Posted from: Shanghai
For anyone who’s expecting to hear about exciting forays into the highrise mafia dens of Pudong: I was in Shanghai to see an old and very good friend from college, so my trip involved about 137 minutes of sightseeing and about 42,021 minutes of sitting in French Concession wine bars talking about boys.

I met Marta on my first day of university as we each sized up the only other Western girl in class over the top of a pile of new textbooks. I was in an Adicts phase, and possibly a wiping my nose on the back of my hand phase, and she was in a lycra turtleneck mini-dress phase, and also quite definitely a pink eyeshadow up to the eyebrow phase. We took one long, disparaging look at each other and independently concluded that we’d better start making some Korean friends. Three weeks later we were sharing strawberries on the way to school; I’m going to be in her wedding next year.

Good thing we get a long weekend for Dragon Boat Festival, because two days really isn’t enough time to rejoice in the memory of rescuing a Zhou Dynasty poet’s bloated, drowning corpse from being eaten by river creatures (yes, really). I headed down late Thursday night and back up Sunday evening. The new high-speed Beijing to Shanghai bullet train makes the trip in five quick hours, costs a little under $100.00 each way, and may be the only thing in China that runs precisely on schedule. 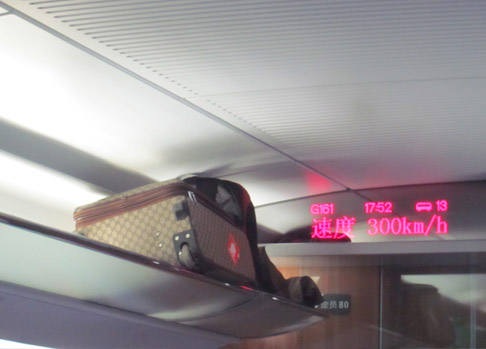 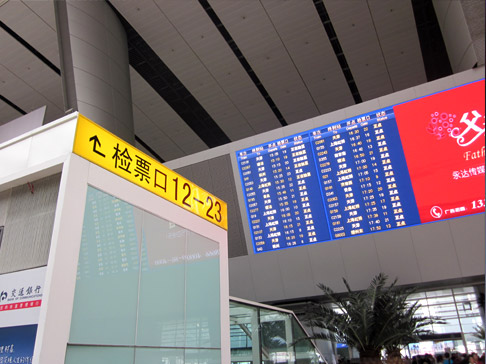 Chinese people travel carrying the most amazing things, but they also disappear into a crowd faster than I can frantically claw a camera out of my bag, so you’ll have to take my word for the fact that some guy boarded the train toting a blue pogo stick, shortly followed by a man clutching a single cucumber. 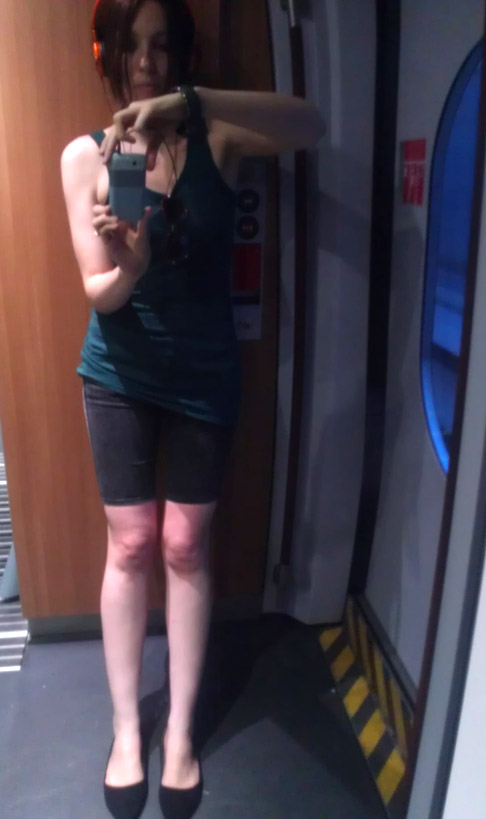 I’m one of those people who’s not so sure the problem ever rested with Communism, but rather with the heart of a leader reckless enough to experiment with the stability of a billion lives. But if you’re like me and landscapes splotched with industry tickle your titties, watching the wreckage of that clinical trial hurtle past makes five hours seem short indeed. 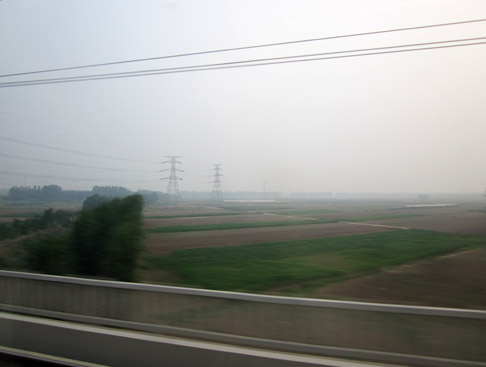 Train rides are like cryogenic chambers, a whole amazing lifetime in miniature. I spend half an hour poking my head into all the doors that will open. I want to talk to everyone about frippery, then talk to no one about nothing, then just a good friend about why the universe is such a charming bitch. I sit between the cars for a bit, have a beer in the dining area, have a snack, have a nap, take some pictures and stare out several windows with headphones on. When I get where I’m going, it’s all over and I’m a new woman. 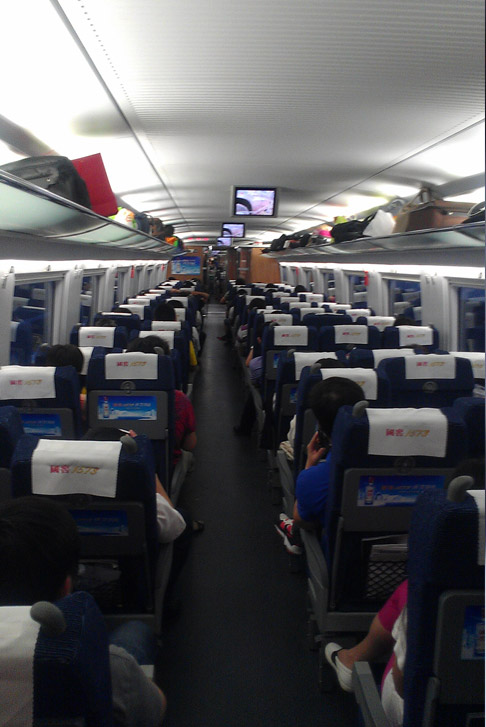 I rolled into town around 11:00p.m.. Marta and I talked until the sun came up.

Requisite picture of The Bund – check 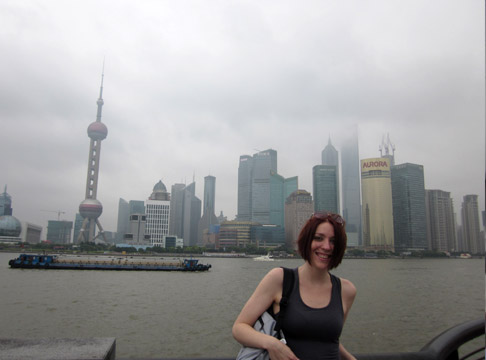 We talked some more on the top floor of this: 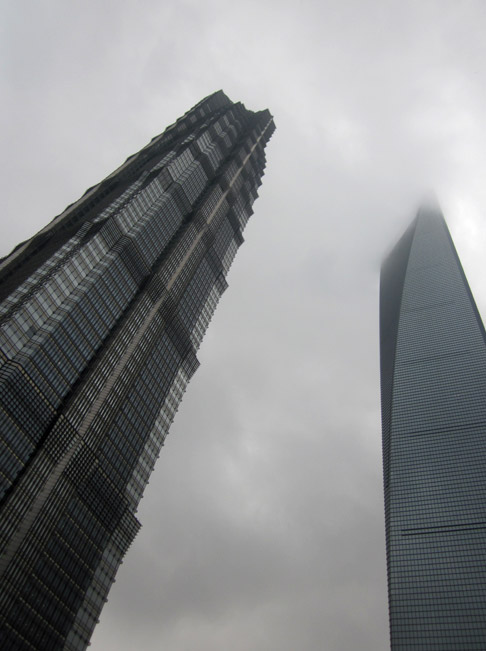 While looking at this: 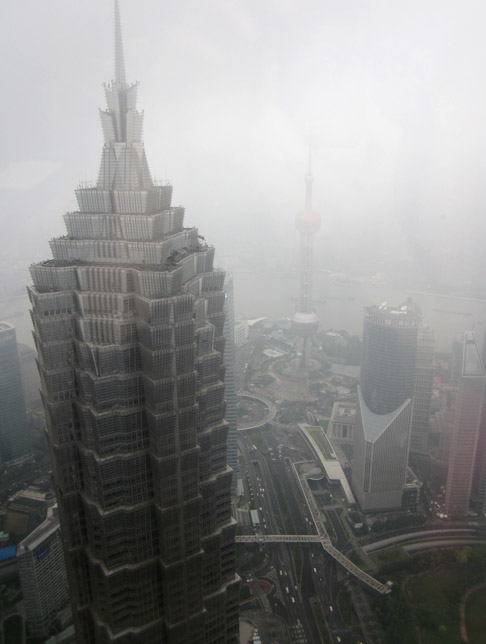 And one Bloody Mary later were doing this: 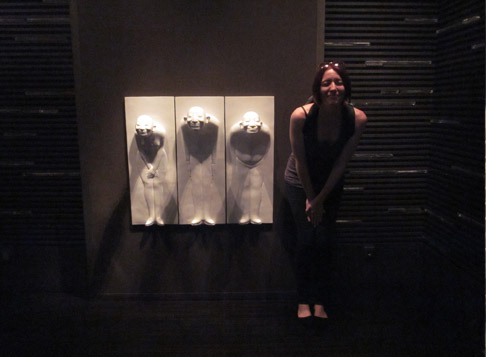 Then we talked some more in here: 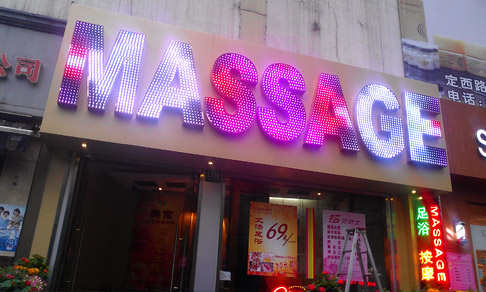 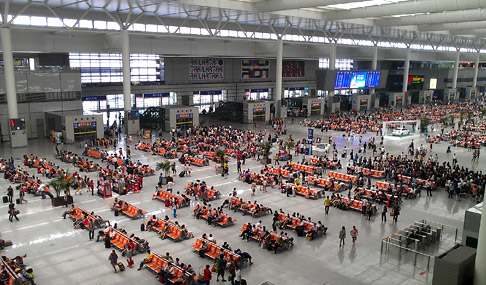 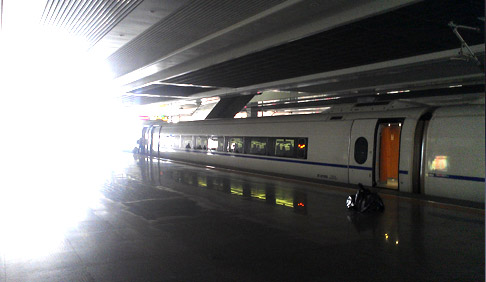 And now I will leave you with this pile of Shanghai Art District knicknacks alluringly labeled “Screams of Pigs”, none of which are actually Japanese sex toys: 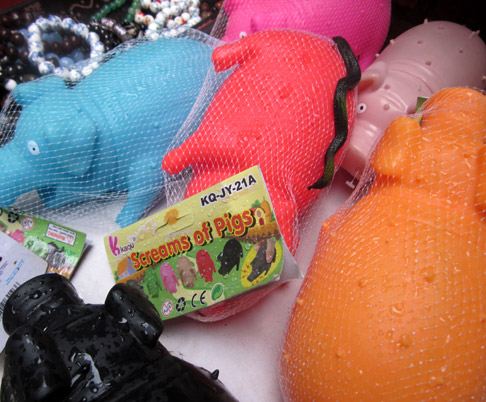