You Fancy, Huh? 5th Anniversary in Pingyao Old City: Selling Out Like a Boss 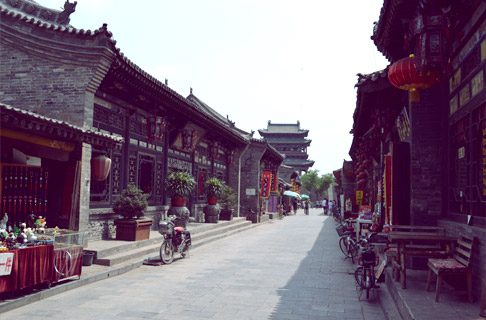 Pingyao Old City, Shanxi Province
I got married at 25. Speaking globally, I guess that’s an acceptable average, but for a commitment-phobic white girl who spent as much time as I did listening to Kathleen Hannah, being the early adopter felt, on some distant level, like selling out. You lose your ‘men are all turds’ card because you have to end those sentences with ‘except my husband’. Surprise: none of your single girlfriends appreciate the prologue. On the other hand I was, and still am, kinda too busy being obnoxiously blissful to care so, satisfied sellouts unite.

We took the Friday night high-speed rail southwest to Taiyuan, about 2.5 hours from Beijing; from there, it was another hour and a half to Pingyao by car. You can, as Kyle put it, feel the G forces kick in and I wonder if you’d get any lift if you put wings on the thing. China’s high speed rail is the shizz. They recently opened up an 8-hour fast train to Guangzhou, very roughly the American distance equivalent of a Florida-to-California trip, and one that used to take up to 48 hours by slow train. Now it’s a quick overnighter. Come on, Amtrack: get it together. 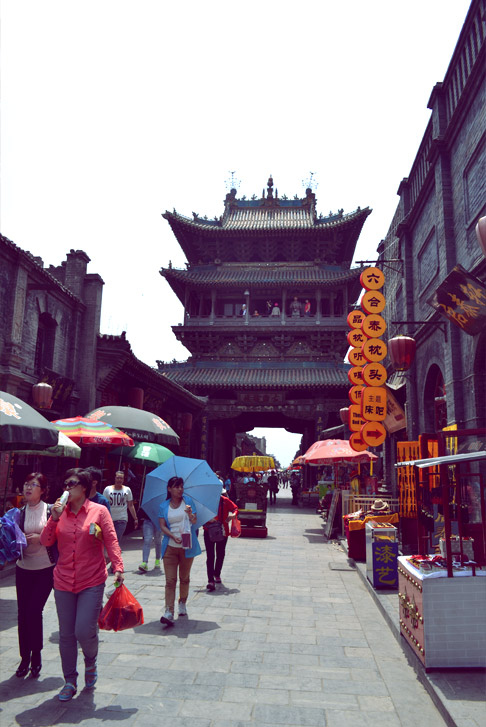 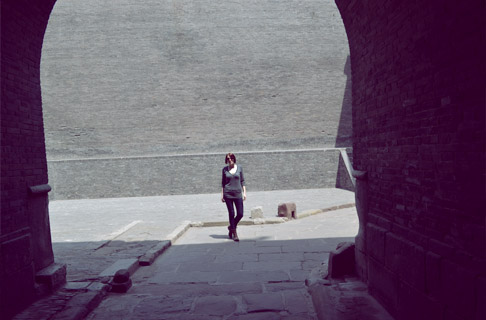 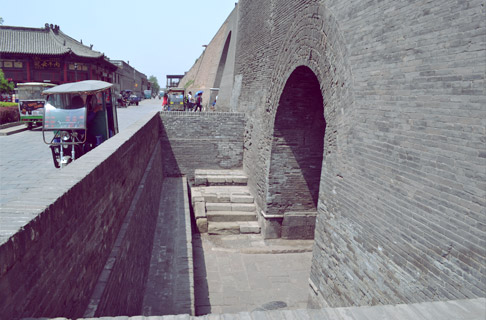 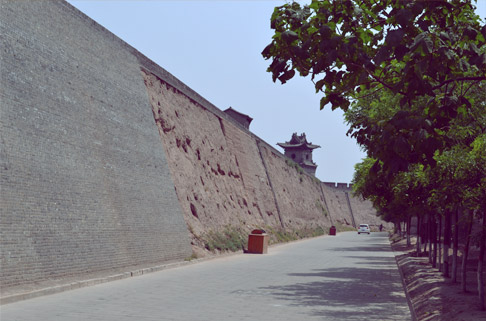 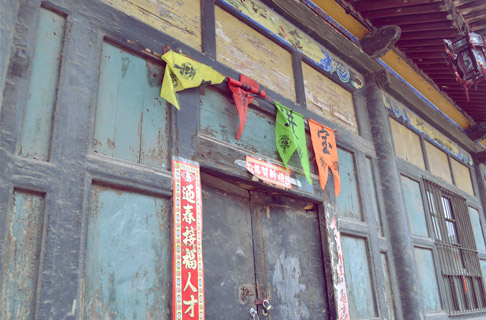 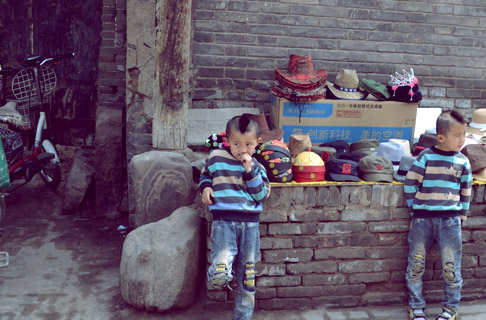 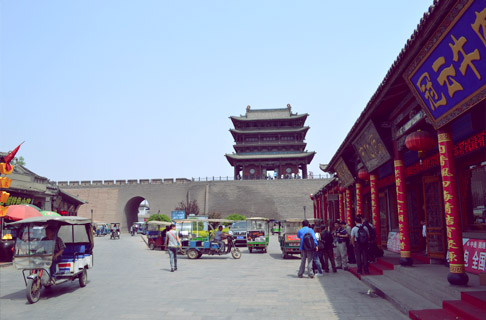 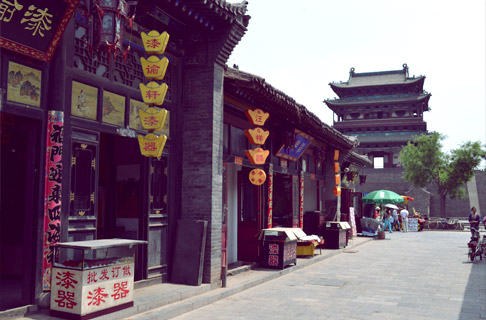 Pingyao, parked in the center of Shanxi Province, is one of China’s two UNESCO world heritage sites, and the city, in its current incarnation at least, was erected around 1370 AD. It’s also the site of China’s first draft bank, the rishengchang, and thus presumably the site of China’s first faded Rolex tan and crusty head of second-day hair gel. One of the best-preserved ancient walled cities in the world, Pingyao is very slightly off the beaten path for Western travelers, but still rakes it in as a tourist trap for Chinese weekenders, villagers and small town residents.

Until now, our anniversary celebrations have typically consisted of a congratulatory eyebrow waggle and maybe, you know, some tapas. But at five years you’ve successfully vaulted over a statistical minefield of national divorce averages, and custom demands some kind of mutual and highly expensive high-five. Custom, in other words, demanded we stay at Jing’s Residence. 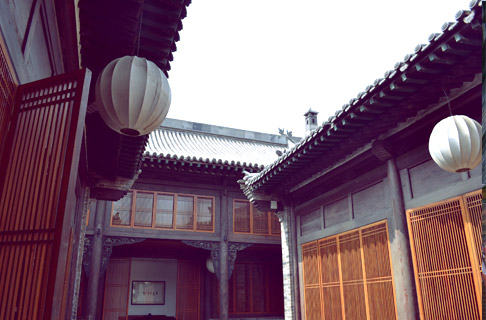 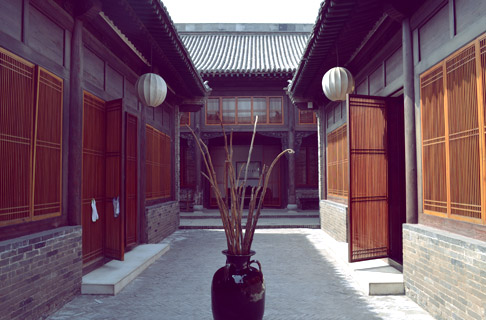 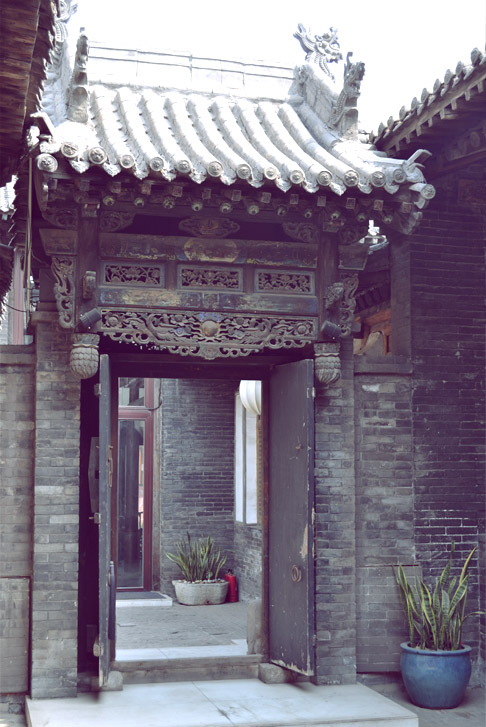 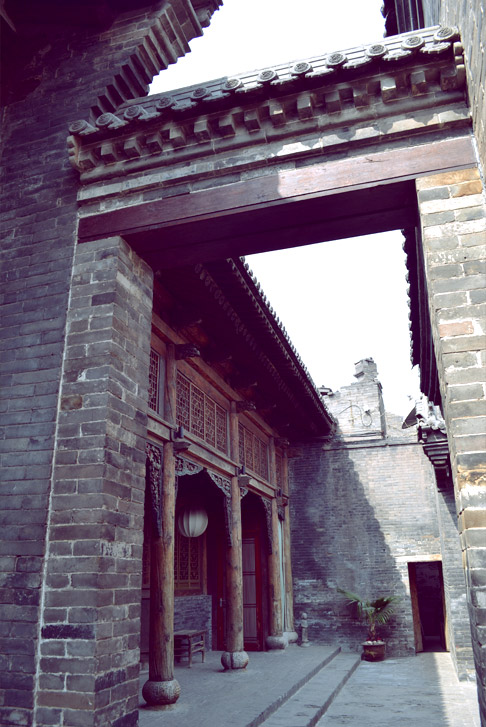 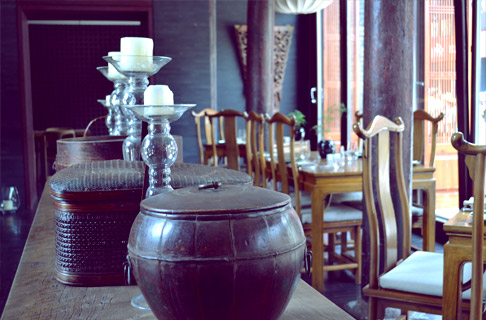 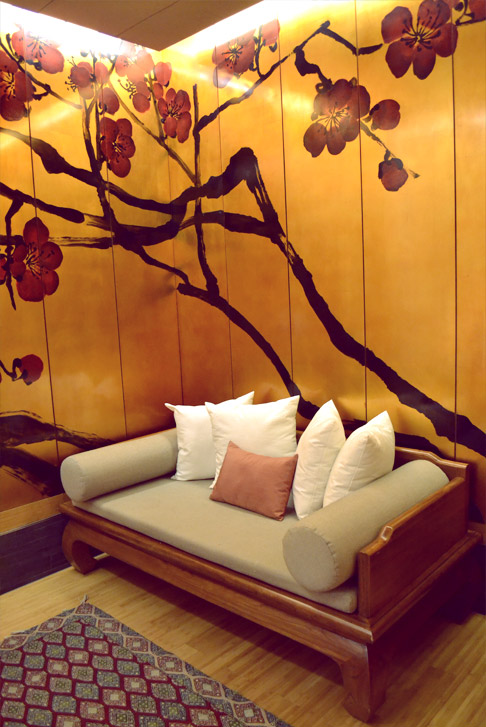 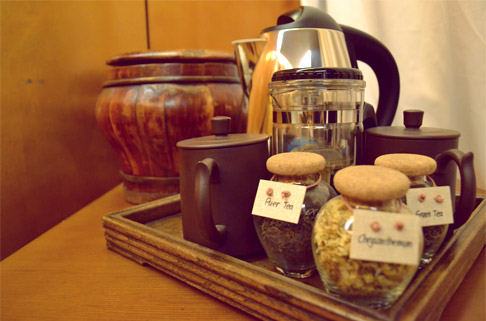 I’d be hard-pressed to put a finger on exactly where the line gets drawn between traveling as a grown-up and traveling like I normally do. I’d never done the whole resort package thing before, but I can now say with certainty that when the hotel driver meets you at the train station with an air-conditioned van, a bowl of dates and two chilled cups of ginger lemon tea, you’re on the wrong side of 30. I’m not complaining – I’m well aware I belong on the wrong side of just about everything (like the bed. also the LAW). I’m just saying that without a boisterous haggling session with a ring of taxi touts, how the hell do you know you’ve even left the house?

Jing’s itself is a bit of Asian-deco marvel. Despite being located in the ass-end of nowhere, the overlords managed to pull together a gorgeous B&B – all rough stone, bamboo and mahogany – that would be critically well-received in any major city in the world. Once the home of a wealthy silk merchant family, and later the site of a cotton weavers and a photography shop, Jing’s is now Pingyao’s nod to the good life. Maybe I just didn’t look hard enough, but I’ve never seen international hospitality logistics so well executed so far away from China’s major commercial centers. There are walk-in closets in the suites, for chrissakes, and all the bath products smell like lemongrass. I spent at least thirty minutes of in-vacay conversation wondering aloud how they managed to get higher quality flushing toilets than I have at my house in Beijing. I’ve been told by numerous landlords and a renovation agent or three that you can install the best porcelain you can find but ancient plumbing is ancient plumbing.

“Let’s just stay in the room, eat chocolate, and stare at the lacquerwork,” said Kyle. We drank wine and talked about how best to hide a secret passage in our future-house until the noon hours drove us outdoors. 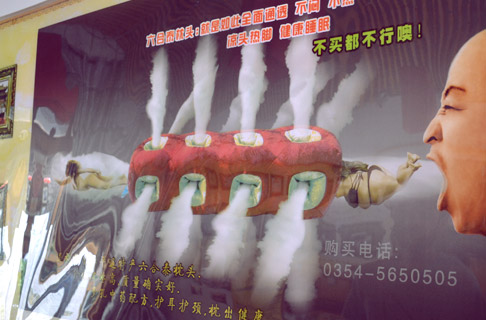 Whenever I cough up fat women, I’ve often wished there was a humidifying weight-loss pillow-pipe I could spit them into. Oh, yay! 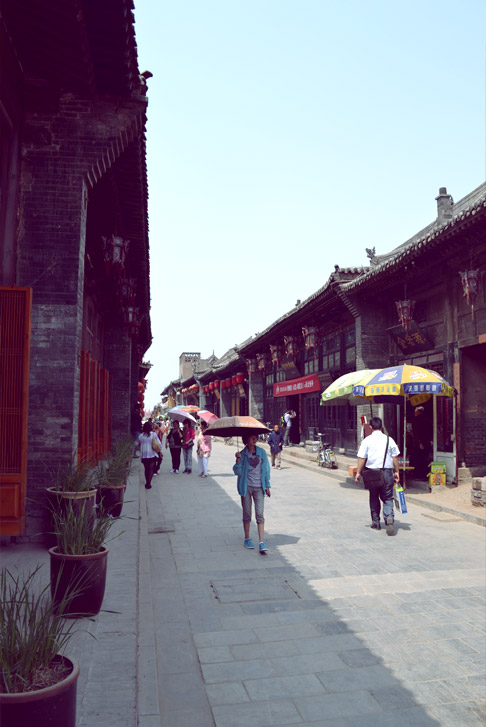 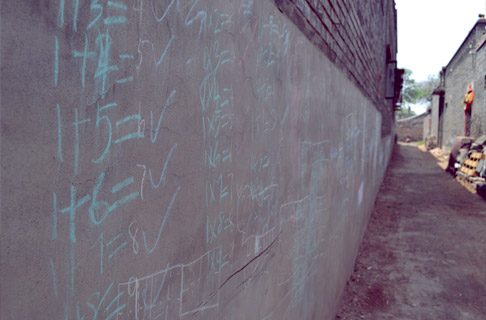 A new generation of bankers in training: an old wall used as a blackboard for math problems 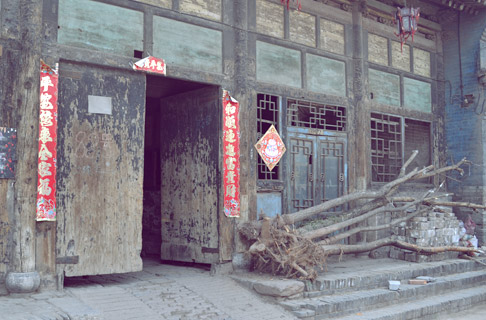 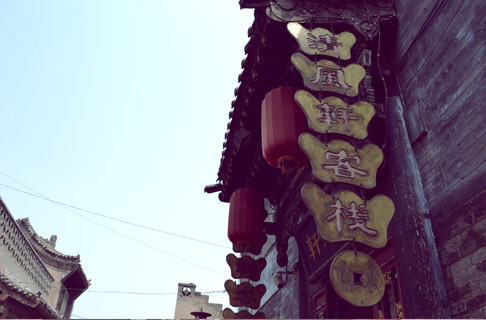 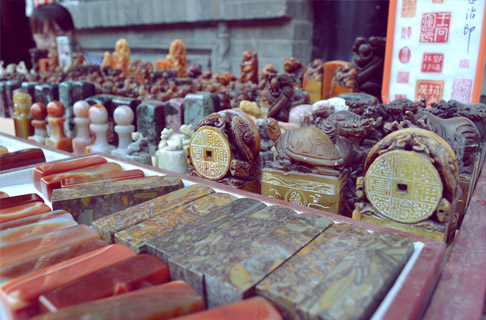 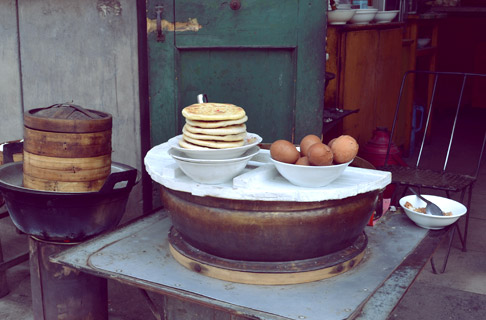 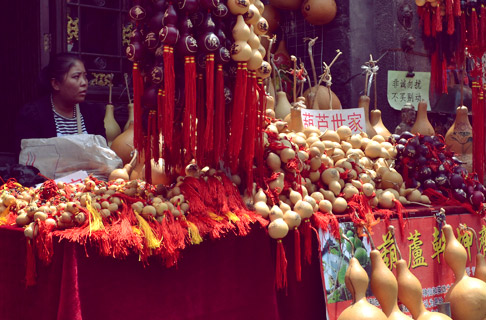 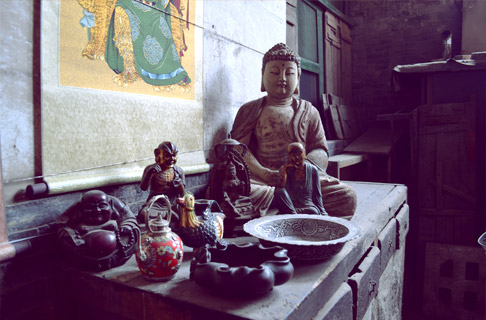 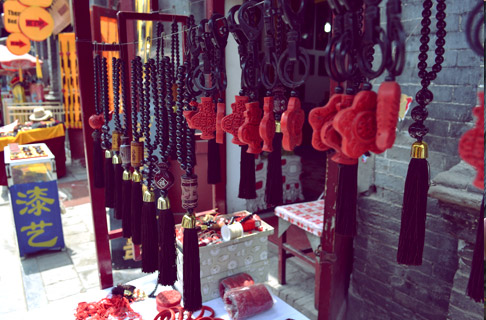 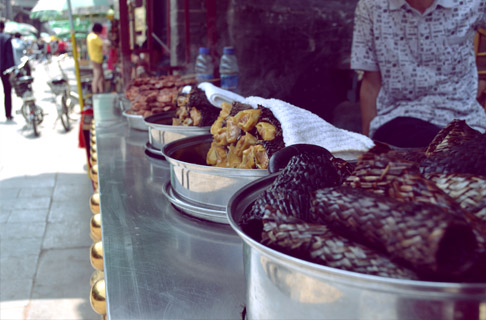 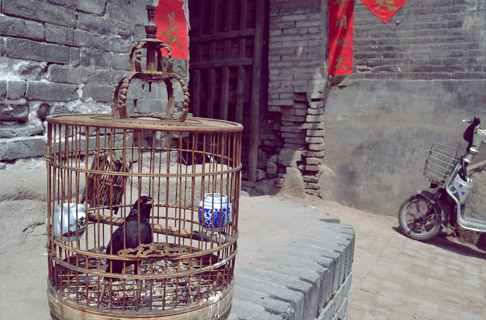 Previous Story:
Slot machines and DPRK dreams: a vacation in North Korea or, where the hell is everybody?
Next Story:
Prague Old Town: basically Final Fantasy III