Turtle Guy is finally gone. Every day for two weeks, he stood near the exit on Dongsishitiao, holding a dead snapping turtle in the air and fixing passing cars with an accusing, dead-eyed stare. I guess someone got wise and bought the thing off him, because he’s gone, and he didn’t look like a quitter.

The whole Pamela Werner tour day back in February lit this house up with a Roman candle of urban exploration fever, and I guess the thing about fevers is you have to sweat them out. Pick a theme, pick a direction, pick a restaurant, go.

Something is happening to me. I want to run more protocols than the internal, infinite, ifFriday loop of drink specials. I want to know everything, experience localized omniscience. Someday, someone will wonder aloud what time the Qianding Old Liquor Museum closes on weekends, and I will drop the answer like it ain’t no thang. 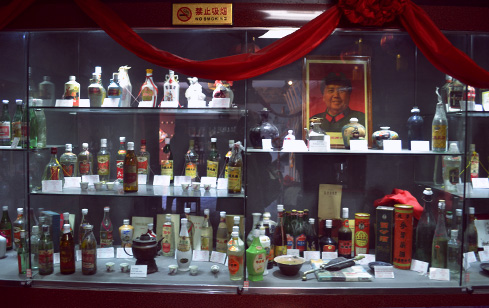 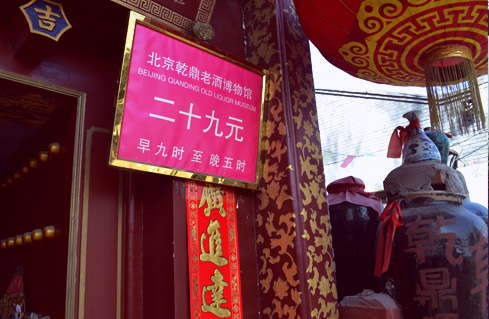 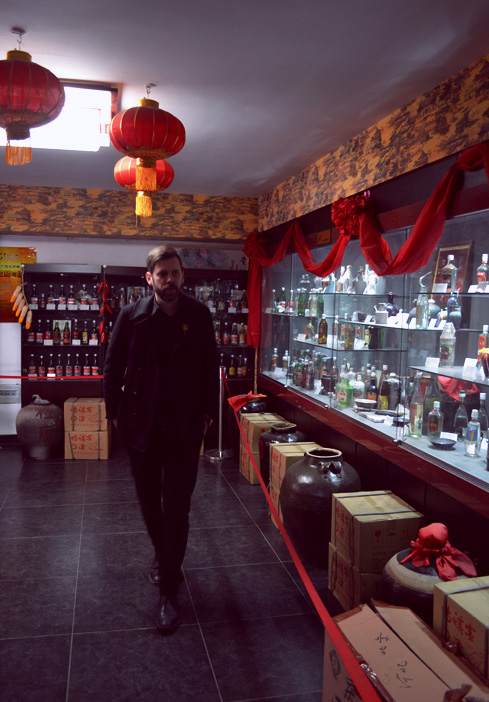 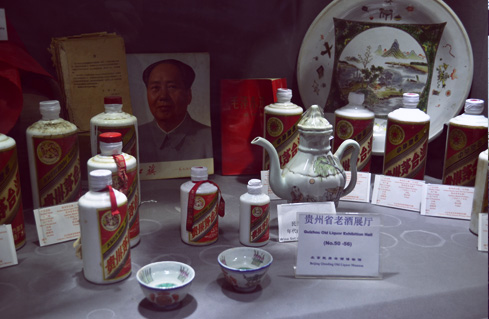 The day is approaching when we will run out of ideas and go back to torrenting episodes of Young Justice, but in the meantime, the creative teat is still dribbling. Kyle came up with this whole Cold War to Capitalism Weekend: From Privation to Ostentation idea that a) Sounded like the name of a PhD thesis and b) Started with a Friday night dinner at Kiev Restaurant (hoo boy), ended with champagne brunch at the Westin. Brunch was sufficiently oil-tycoon-y. There was a mousse and tartlet bar. There was a sushi room. But Jesus, Kiev. Eastern European restaurants are where naughty vegetarians go when they die. “I guess we’ll have four pickle plates? Aaaand… the meat and mayonnaise salad with no meat.” 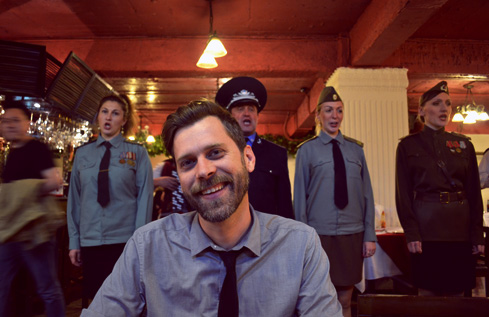 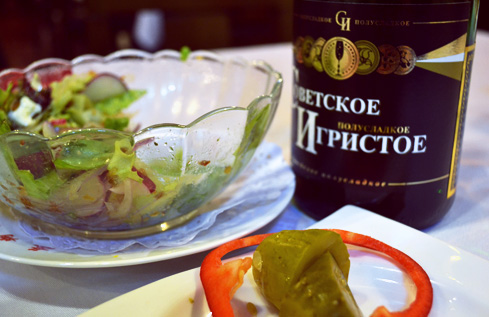 Some other shit we saw

I’m not going to pretend I really get these forms of human expression, but I appreciate the tragedy life would become if they weren’t happening. I want more arty things to occur in my general environment so that I can stand around them soaking up the culture and feeling involved.

In a pop-up interdisciplinary art project spanning three floors of a seedy Home Inn and presented by creative collective Bactagon, Beijing artist Meng Qi plugs boxes into other boxes, layering the audio chatter of visitors on top of the chatter of other visitors, and in doing so, makes your ears think big thoughts: 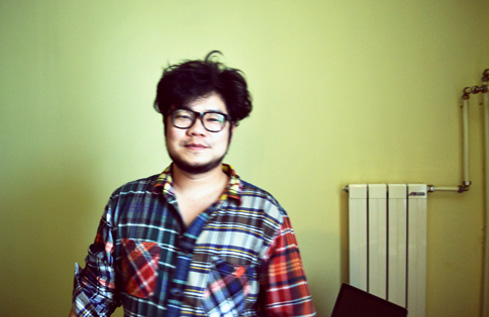 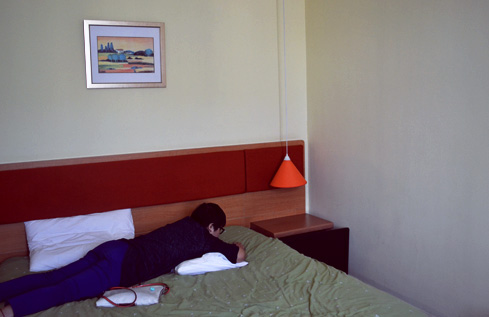 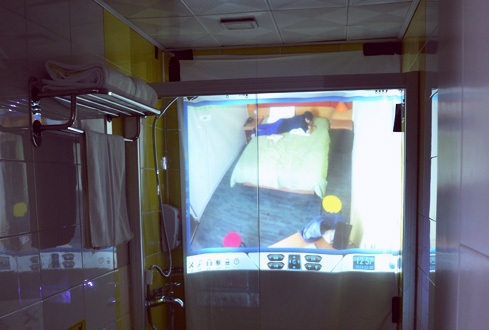 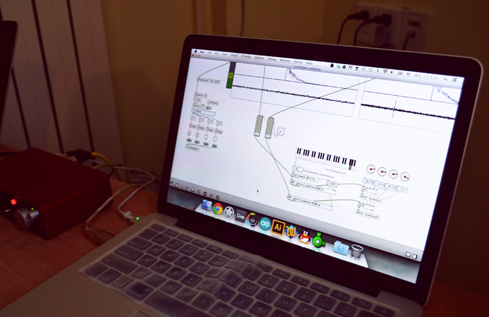 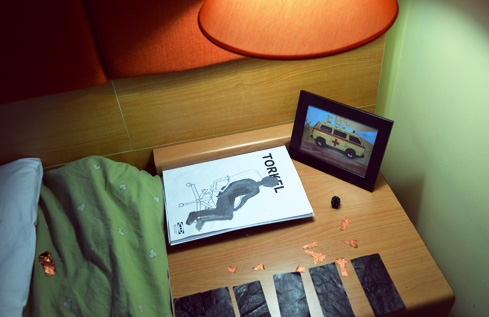 Beijing old guys are the best. They like playing the accordion and balancing bottles on their heads under their hats while dancing around. I wish there was a number that meant “less than zero”, because that’s exactly how many shits they would give about what you think: 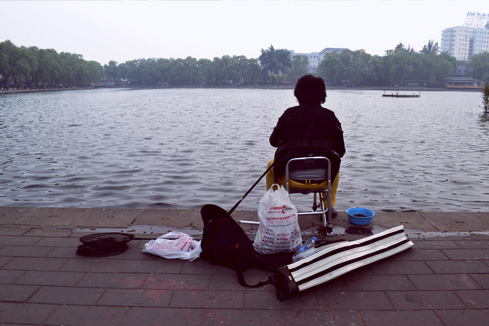 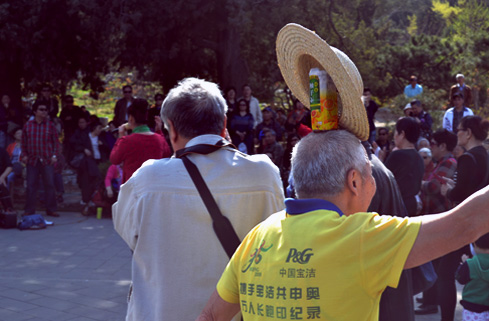 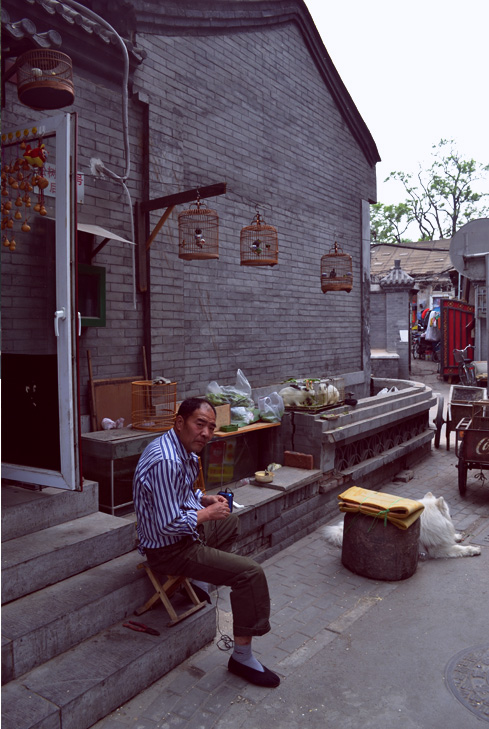 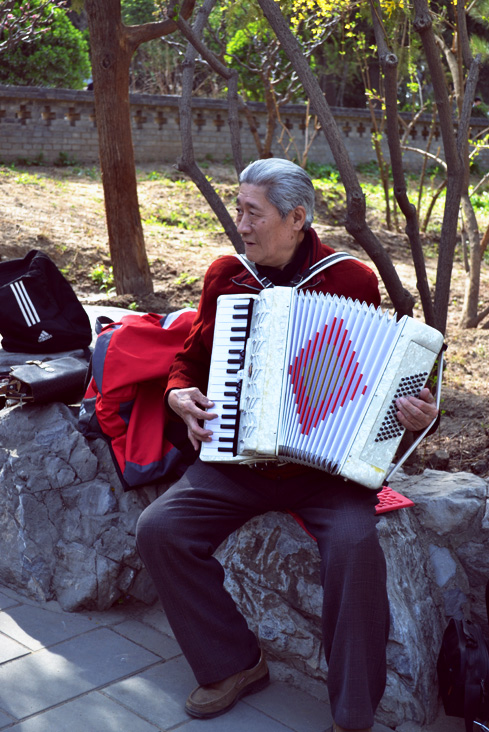 The door to Jiugulou boutique hotel 3+1 Bedrooms looks like the entrance to a secret biohazard lab, and is just as hard to find, but if this is mad science, then START THE ALPHA REACTOR. My 31st birthday was awesome and covered in strawberries, by the way: 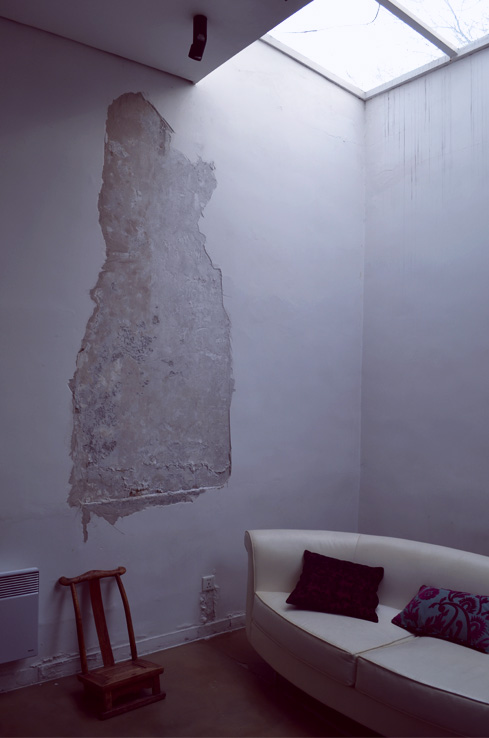 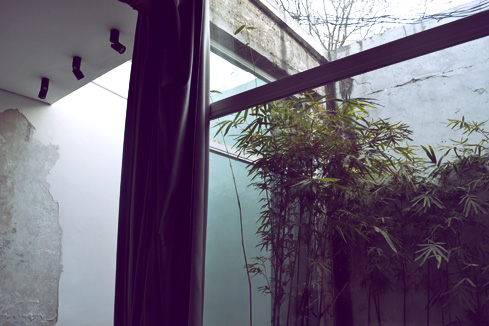 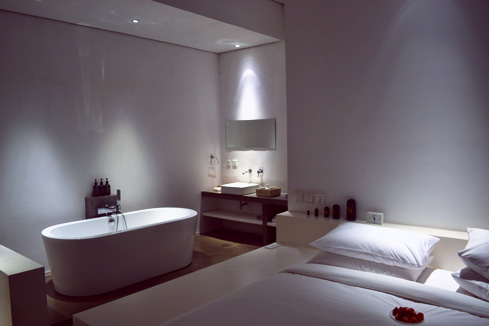 This is an ungrateful kid whose parents bought him a skateboard but who won’t even try it because he thinks running is better: 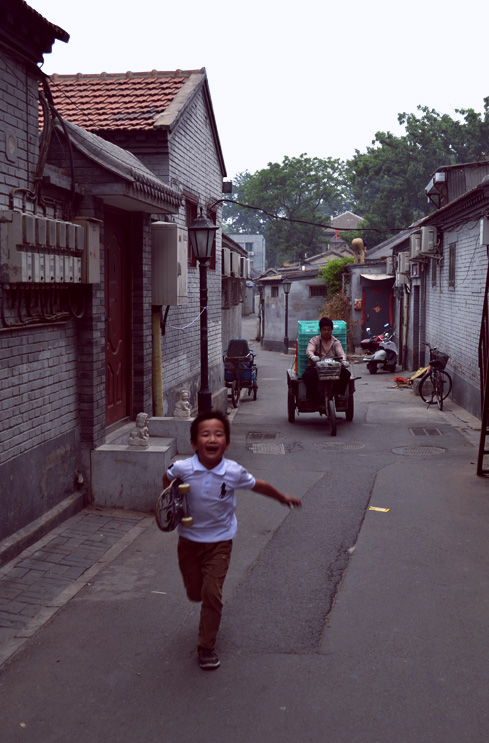 This solider is super into my outfit, and in no way cares that I’m taking photos of a military complex. “Quarter sleeve cinch-waist overshirt with leggings and half-boots. Who’s stylin’? You are.” 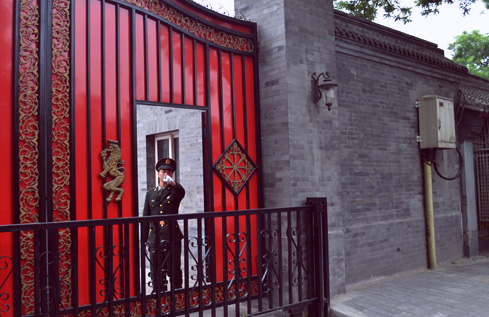 Previous Story:
Midnight in Peking: Cheers to Pamela on the Tartar Wall
Next Story:
The Ides of May: A Village Wedding in Xiongxian