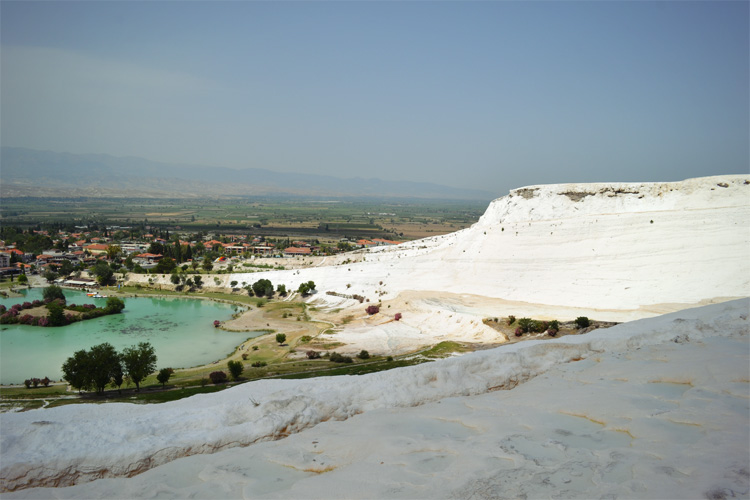 In Turkey, there’s a mountain made of bone. It rises right out of the valley, a few dozen miles of grapes and dirt and then this out-of-place colossus. The guidebook said its color was due to a mineral spring heavy on the calcium deposits, but sweetie, please: those are the powered bones of the damned, and Pemukkale is the view from Lucifer’s living room.

Proof: Pemukkale sits not terribly far (in cosmic terms, anyway), from the site of ancient Pergamon, which John of Patmos referred to as “Satan’s Seat” in the Book of Revelations, the lesson being that nobody gets a vista this nice without selling your soul: 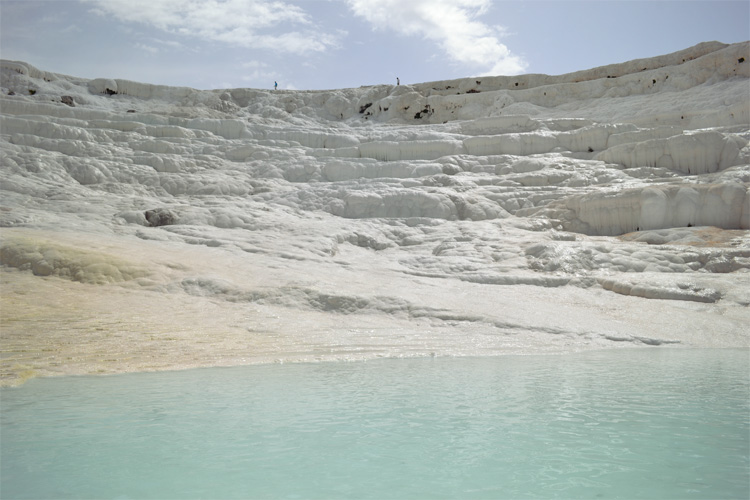 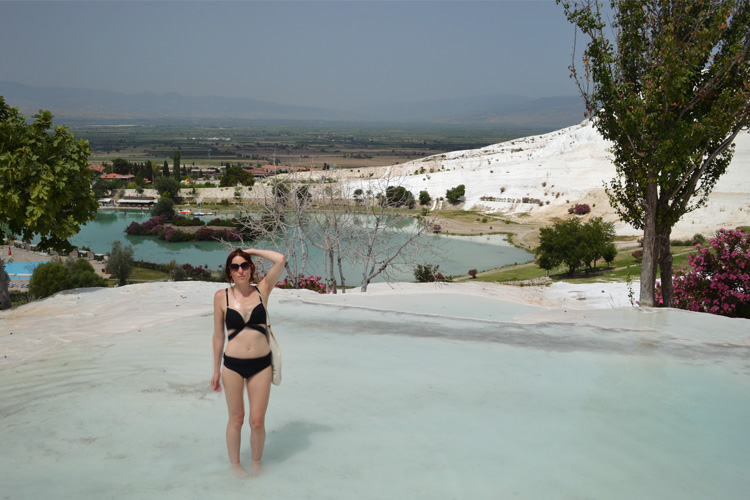 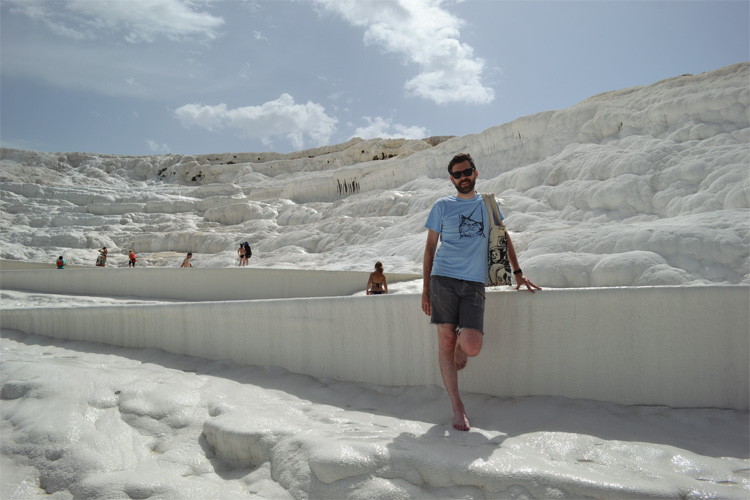 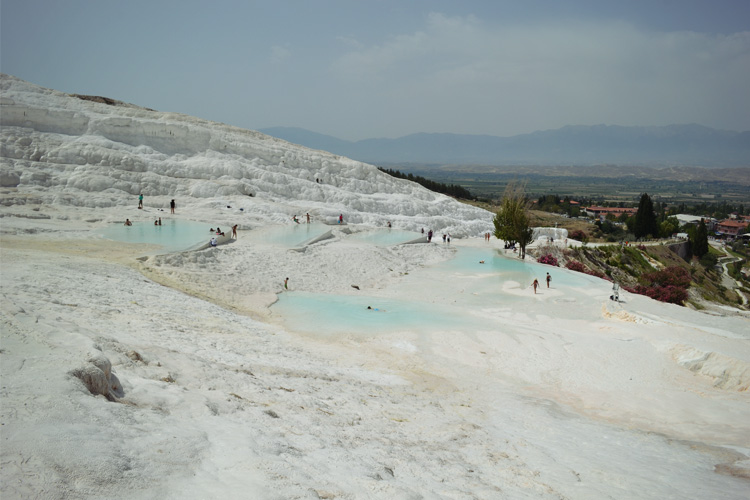 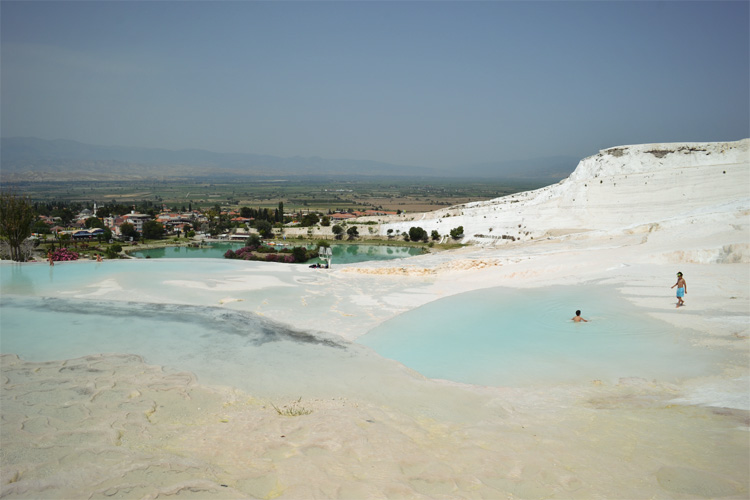 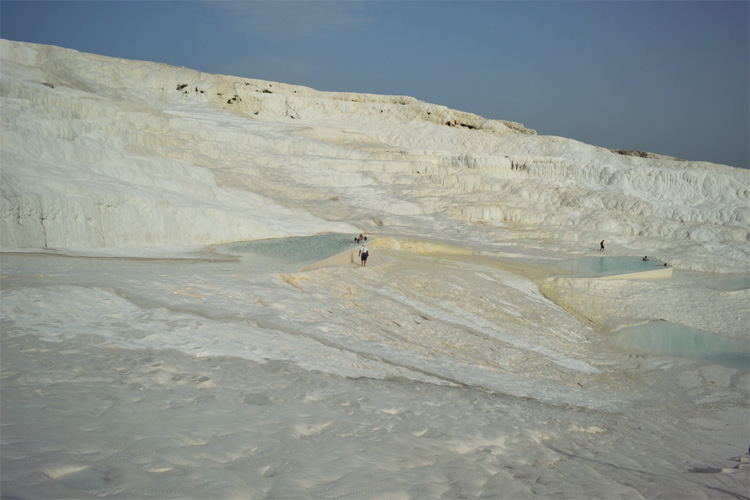 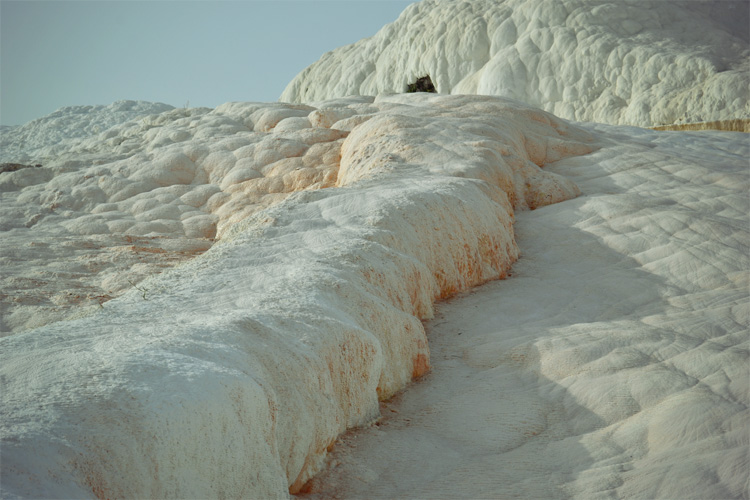 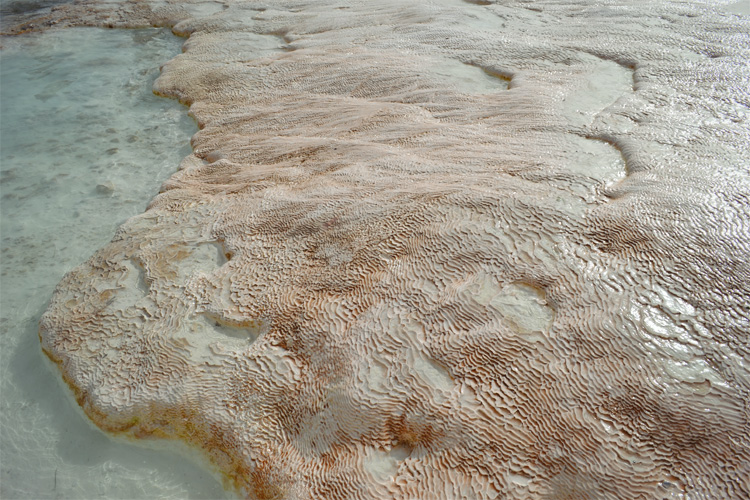 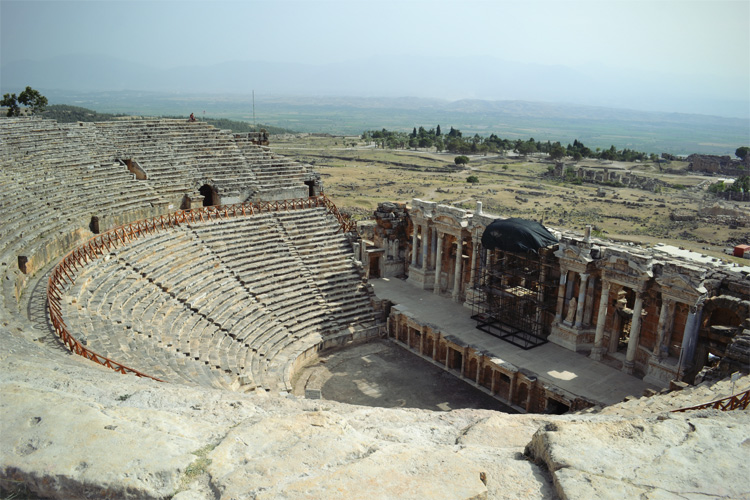 The top of the mountain is home to what was basically a neoclassical Miami, a pilgrimage point for retirees and vacationers who’d come to take the waters. There was some blather about Cleopatra bathing in the tavertines. 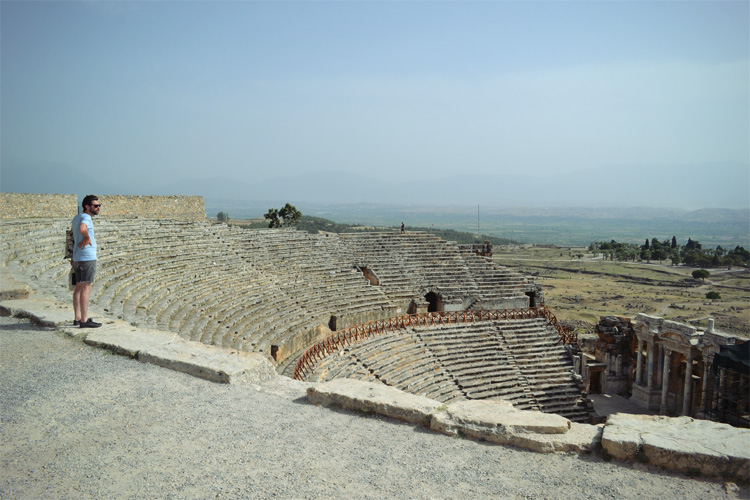 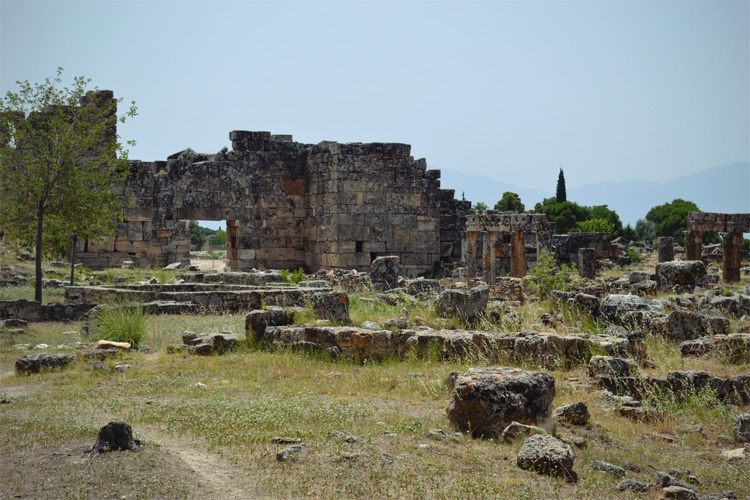 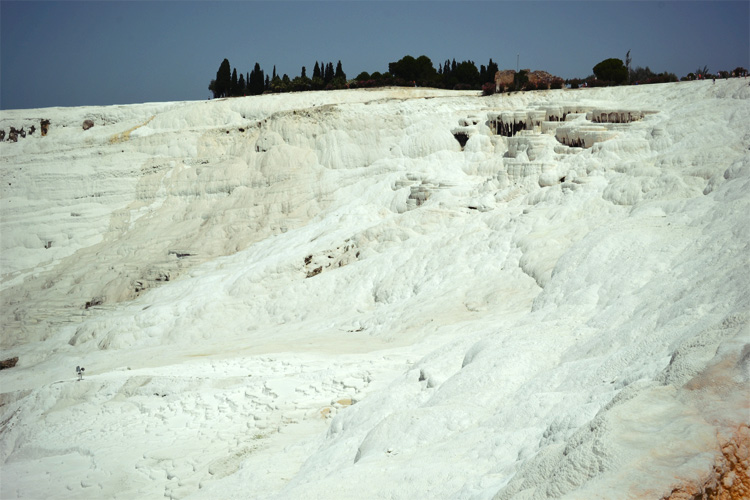 “Yeah, ok, but where’s his actual house? You know the Devil would totally live in like, an beach town surrounded by grab-hand tourists, because all tourists are carrying around a seed of hope that someone will serve them the kind of wildness they’re not sure how to hunt for. Somewhere like Antalya, where martinis are fifteen dollars, and there’s a dock with pirate cruises.  A 3-day drop-in kind of birds-chirping-in-the-morning, night-makeouts-on-the-pier kind of place. He’d be behind a door just thick enough to make you frown when you look at it and a stone wall just low enough to tempt bored kids.” 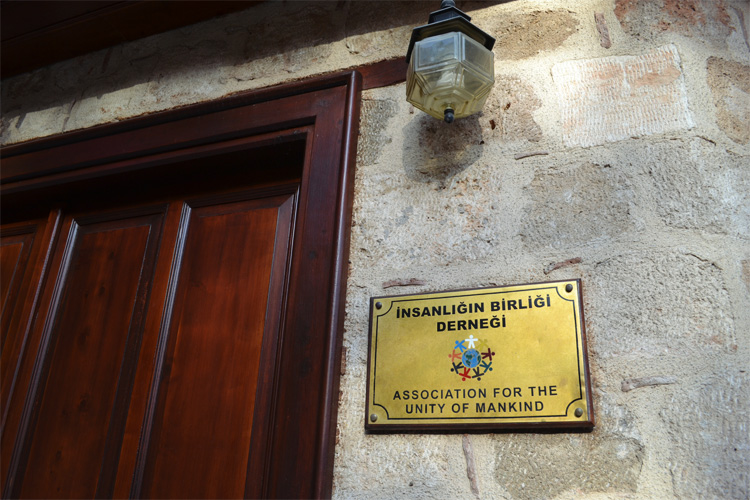 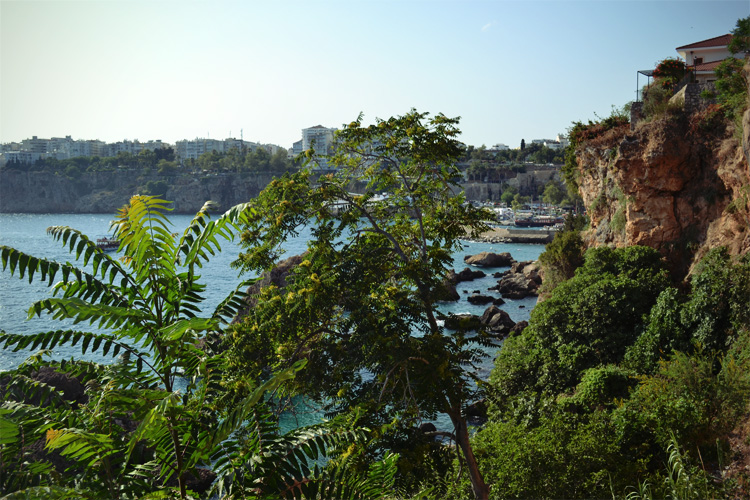 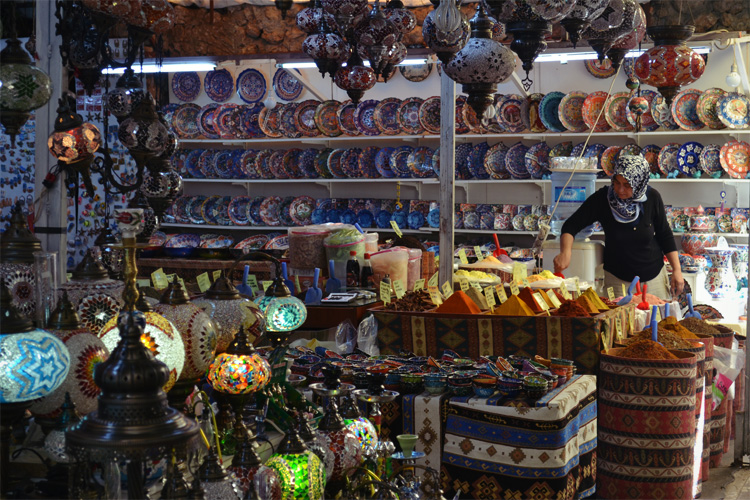 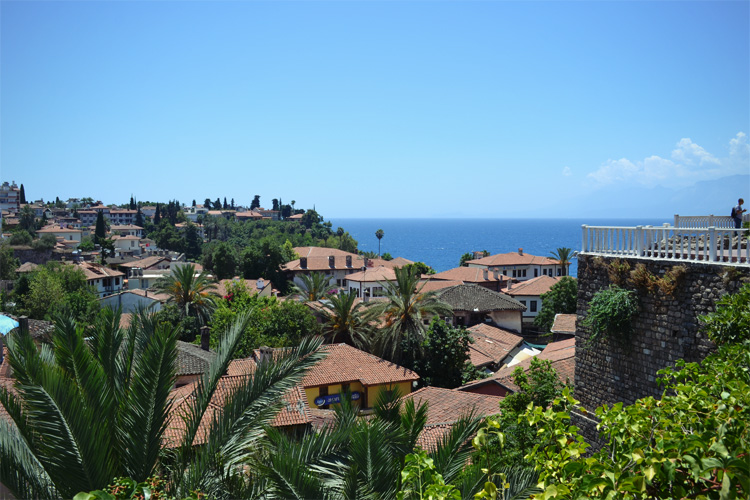 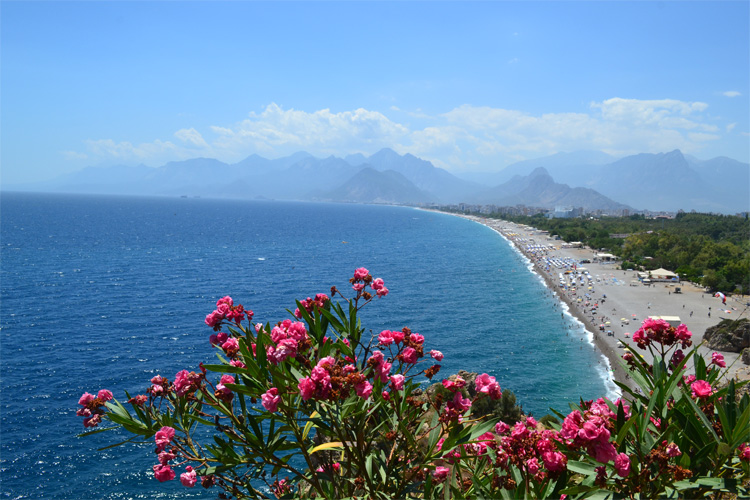 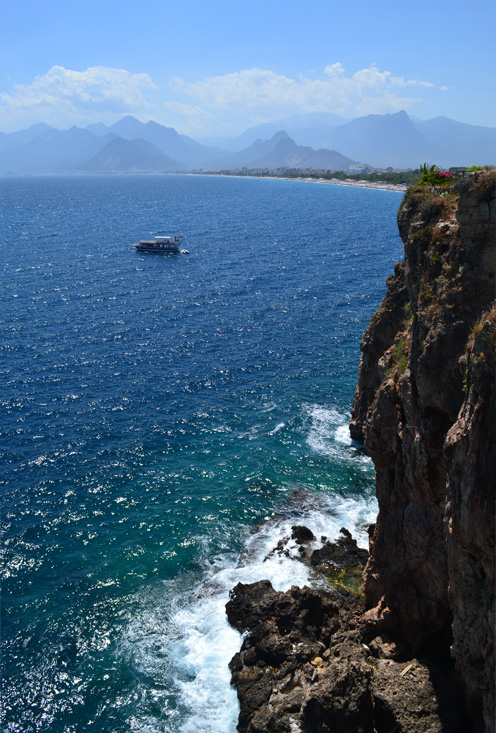 Back in Istanbul, we told ourselves that that was it, that was our travel budget, we were sitting still. And then two days later, the Princes’ Islands. 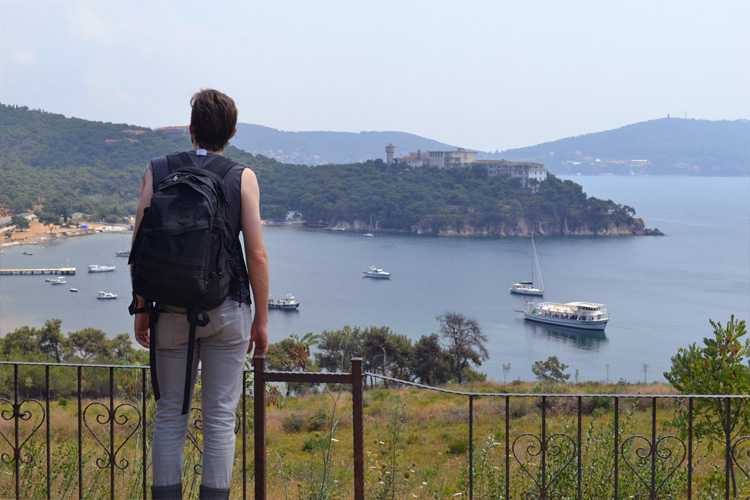 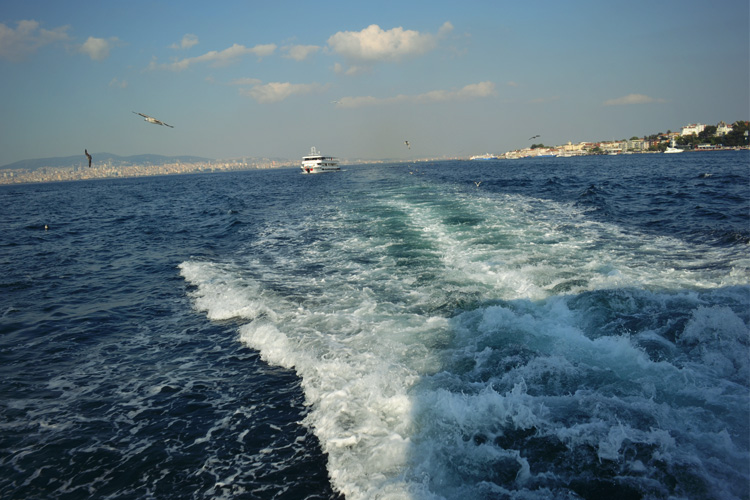 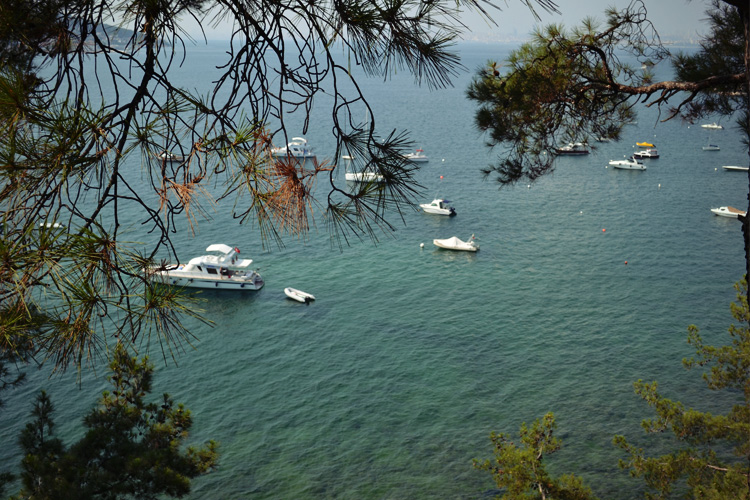 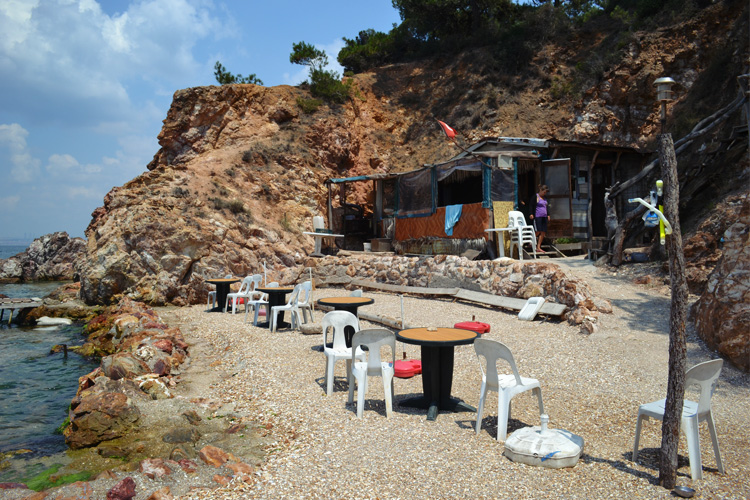 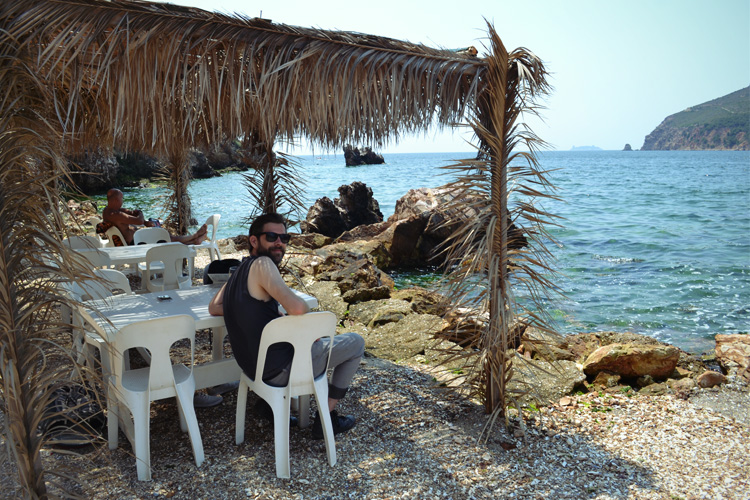 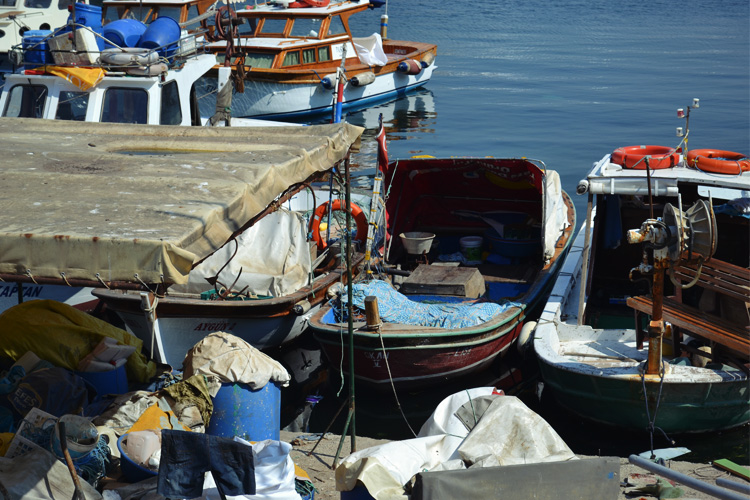