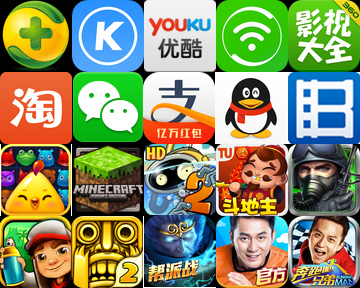 Sometimes you have one of those conversations that’s so full of new ideas, it pinballs around your head for days. I enjoyed one of those recently while interviewing a source at a Beijing-based mobile game localization company, a man responsible for reviewing non-Chinese mobile games and assessing whether or not they’re a good fit for China. We were talking entry-level stuff for him, I’m sure, but it was a new to me: the challenges of porting games to the Chinese market, the actuary tables for app vetting and what the criteria is for refusal, that kind of thing. I asked him about the common visual adjustments – color, animation style – that his company recommends developers make to their mobile games in order to better please the Chinese eye before a launch on the mainland. You know what he said?

“Bright colors are a must here and our localization team often increases the saturation on games where there’s too much visual neutrality. Games with darker palettes, too many grays, blacks or browns tend to do worse in the market.”

Jesus, really? A noticeable difference in market share based on app color values? I mean, I got the impression that the guy wasn’t using the word “saturation” in the Biblical design sense, rather as an expression of general vividness, but I wondered if that was a measurable fact. And if it was, how to measure it. Which is weird for me, because I don’t usually bother with measurements, I just eyeball a cup of flour and throw that shit in the oven.

(I moved this post. Read the rest over at The Pixellary.)

Previous Story:
In Cometh the Wood Goat: A Chinese New Year at Guanshuyuan
Next Story:
VOX 10th Anniversary: A Jaunt Down to Wuhan