People keep asking me what it feels like to be 30. It feels like 29, except that no one asks you what it feels like to be 29. Birthdays, shmirthdays. I only hope that as time goes on, I’m able to muster the grace necessary to embrace the aging process without breaking down and boo-hooing into a botox clinic. Let the Me of then remember what the Myself of now already knows: buy a giant pair of sunglasses and a huge turquoise brooch, and leave the defeat of physics to physicists. 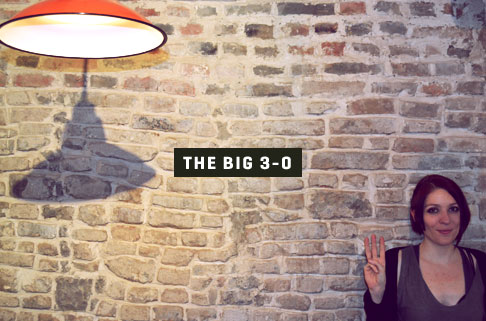 Grace, it turns out, is a lot easier to muster when you’ve got a face full of fine wine and a fork full of fresh ricotta. Kyle and I ended up out for some eats at Mercante, this snazzy hutong Italian place that’s so effortlessly swank they serve the bread baskets in paper bags and decorate the walls with rucksacks and somehow it still really works. 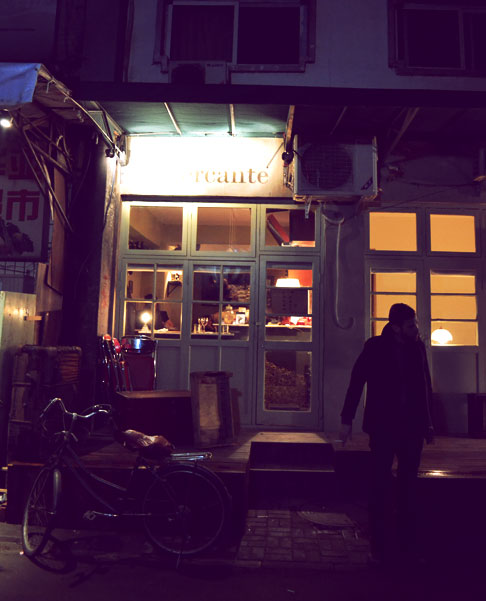 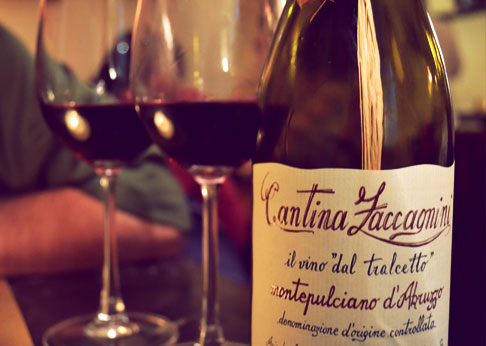 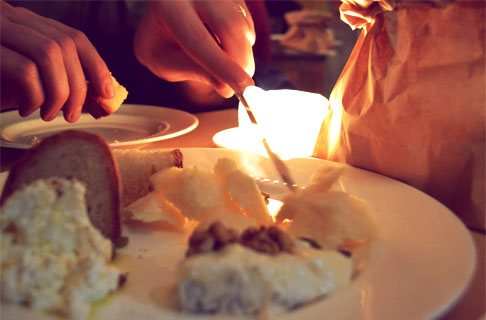 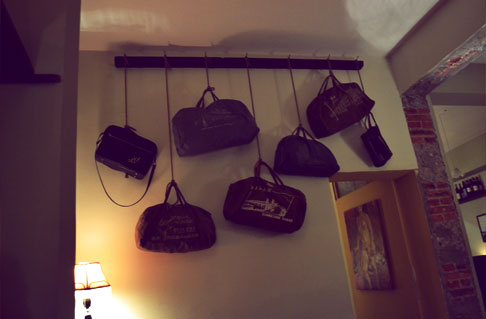 Actually, no. It works because the owner (and chef) looks like Luigi from Mario Bros, if Luigi was a hot, tall hipster from Milan, or some other place that ends in -an, who hand-makes pistachio tortellini and wears his whites like a buccaneer jacket. Luckily, this guy makes incredible noodles, but if he instead made, say, beetles, it would be my great honor to eat the beetles that he made. 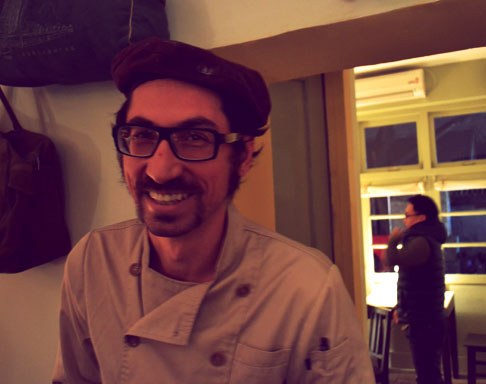 The availability of fine dining in Beijing speaks to a developed market of capitalist roaders who are willing to pay for good Gorgonzola, so it always surprises me when the occasional American gives me the stink eye for choosing to live under Beijing Communism. While I’m sure Mao would have enjoyed the Duck Ragu Tagliatelle as much at the next guy, I don’t think the faux-rustic exposed brick bears much resemblance to Marx’s vision of an iron-girded workers’ state. These days, Beijing has less imperialist running dogs and more designer poodles in jogging jackets. So call it ‘Communism’ if you’re feeling unimaginative and impressionable, but make no mistake: at the moment, the Chinese are rocking the American capitalist dream harder than the American capitalists. Still think Communism is going to turn you gay? Good, don’t come – MORE DELICIOUS MAOIST GULAG PASTA FOR ME.

What I’m quite failing to say is that since I really just don’t catch enough shit here anymore, I’m going to North Korea with Koryo Tours over the 2-day Tomb Sweeping Festival holiday where I can bask in the invigorating glare of anti-American hatred. Pyongyang is an hour flight from Beijing, did you know that? I didn’t.

I’m not an adrenaline junkie in the jumping-out-of-airplanes sense, but I am a whore for new experiences. I’ve always been plagued by a grinding, low-grade impatience to process each piece of the world through the grist mill of my senses and to do it before I die from swollen ass arteries, or whatever it is web designers die from. Stagnation is the enemy. Boredom is its pudgy, non-committal mistress. I weigh opportunities on an “on my death bed, am I going to regret not having tried this?” basis, the answer to which is often “yes”, a word that, in the day-to-day, becomes a carte blanche to eat as many boxes of Tim Tams as I can carry home. But when it comes to the big things, that decision-making process seems to keep life exciting.

Would I regret not signing up for a 48-hour tour of Pyonyang? Yes, yes, yes. I might regret not doing that most of all. So I did. My initial application with Koryo tours was approved on Tuesday. 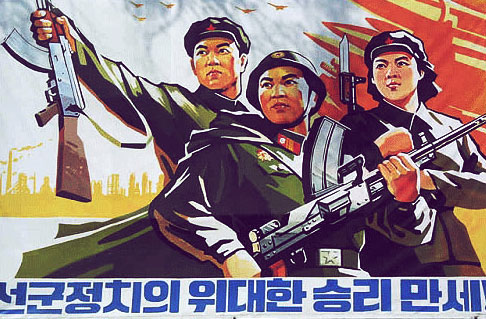 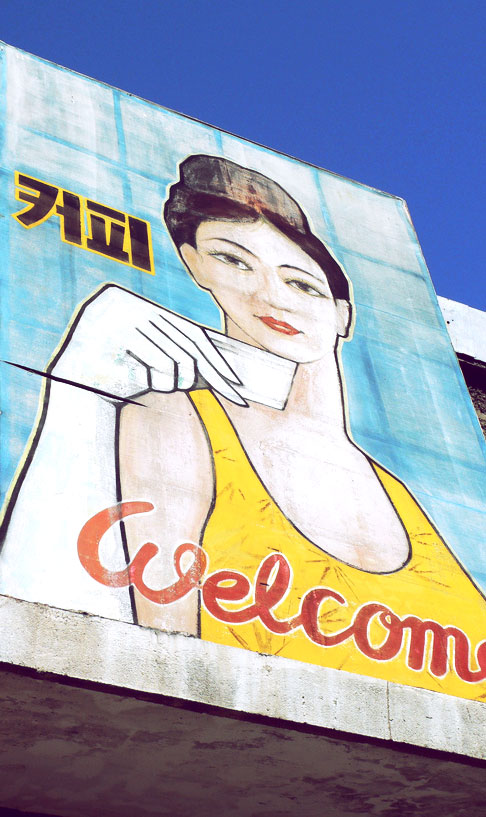 Usually, before I go somewhere new, I’ve got this series of snapshots in my head, travel magazine images against which to measure the reality of the experience. But I scan the image banks for North Korea and all I’ve got is the “I’m so Ronery” song from Team America and a bunch of anecdotal tee-hees about the late Kim Jong Il. He liked Elizabeth Taylor and, one can only deduce, spent his mornings lip syncing into the blow dryer.

Three weeks ago, word came down from on high that Koryo Link has opened the first ever 3G network for foreigners within the DPRK. The network is completely segregated from the network for locals – so you can’t, say, call a North Korean on the ringy-dinger. But for about a bazillion dollars, you can get a line out, and you can presumably link up to your social networks via mobile. You’ve gotta think that anyone getting on that system in the next few weeks, considering they’d be among the first thousand or so people ever to directly connect out of the country over a personal data line, should expect to have every call recorded and every SMS stored, transcribed, printed, and left in the politburo bathrooms as reading material. Which leaves any privacy-conscious Koryo Link SIM card holder with only one viable option: hot sexting. (“Sir! ‘Dirty Sanchez’ is not in the dictionary!”) It’s either that or Instagram planking next to the Juche tower.

Previous Story:
Winning Gold at the Midlands Addys
Next Story:
Blasted by Dawn: or, Free Sunrise, Courtesy of Hotel East